Body Language
How Pop Musicians Sing About The Body

After analyzing the lyrics of various pop music artists for mentions of body parts, this song and visualization was constructed by sampling the most frequently sung body parts by each artist. The goal is to sonify and visualize how the body has been represented in popular music over time.

The song composition is entirely algorithmic and is composed of the following building blocks:

The Data & Prior Work

This piece was largely inspired by Flesh Map: Listen, a visualization of the use of words representing body parts in popular culture created by Fernanda Viégas and Martin Wattenberg.

Where Viégas and Wattenberg analyze a comprehensive sampling of 10,000 songs, I focus on only 12 music artists' bodies of work. My rationale was that I wanted to make a song that was sonically pleasing and use the actual words sung by the artists themselves. I thought this would not only give the listener an idea of which body parts are most sung, but gives a feeling of how they are sung. As a result, there were some obstacles: obtaining these sound samples manually is time-consuming, and obtaining them automatically is technically challenging. Additionally, too many artists, sounds, and words would be overwhelming for the listener, so I (somewhat arbitrarily) limited my scope to 12 artists.

I obtained the lyrics by scraping the popular lyrics database and website genius.com. Then I searched the lyrics for occurences of body parts. Some words such as "behind" or "back" needed to be excluded since they are ambiguous. Also, words that refer to the same area of the body were treated the same (e.g. butt, buttocks, ass, booty, etc).

Each words was scored based on the frequency they are mentioned compared to all other mentions of body parts. Here's some samplings of the results: 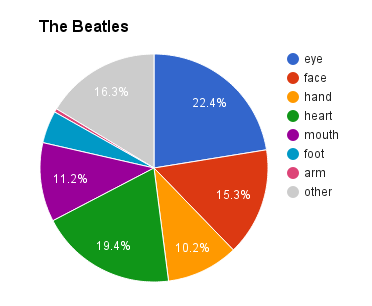 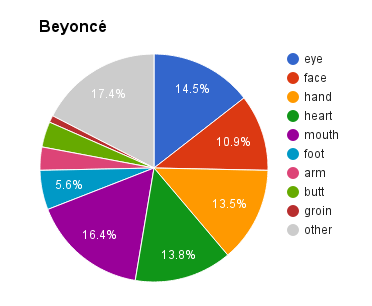 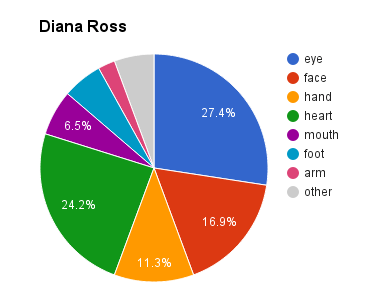 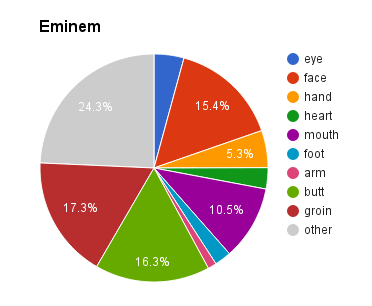 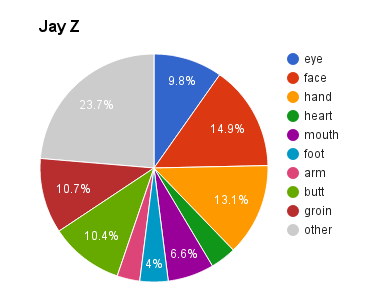 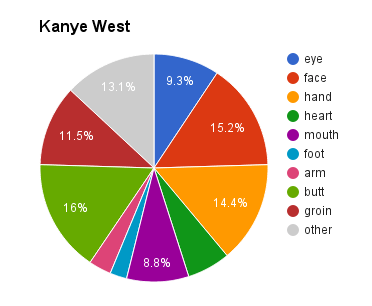 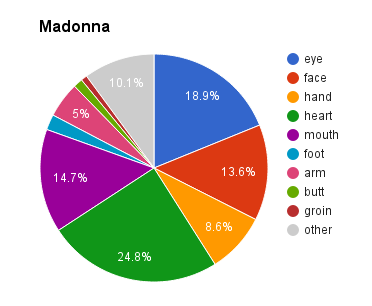 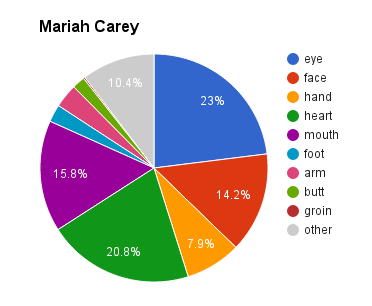 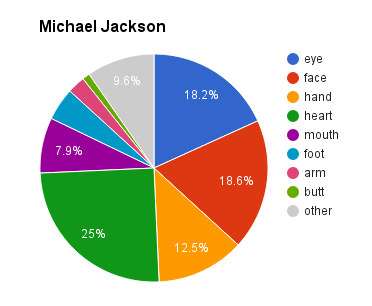 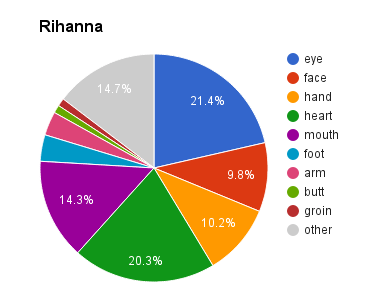 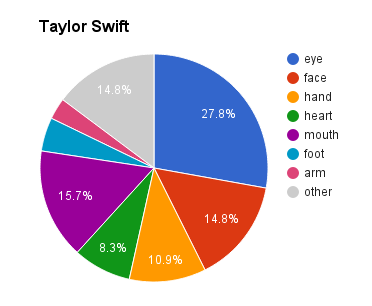 The entire song is composed exclusively of 170 samples from the music artists that the data represents. These sounds were obtained in various ways, but mostly by scouring Youtube and the internet. Here is a sample of sounds used in this song: