This is a song that uses stellar data to generate its musical notes. At any given time, the song plays stars as musical notes based on their positions within a floating musical staff in the sky.

There is also an interactive version of this song that allows you to create your own unique compositions. 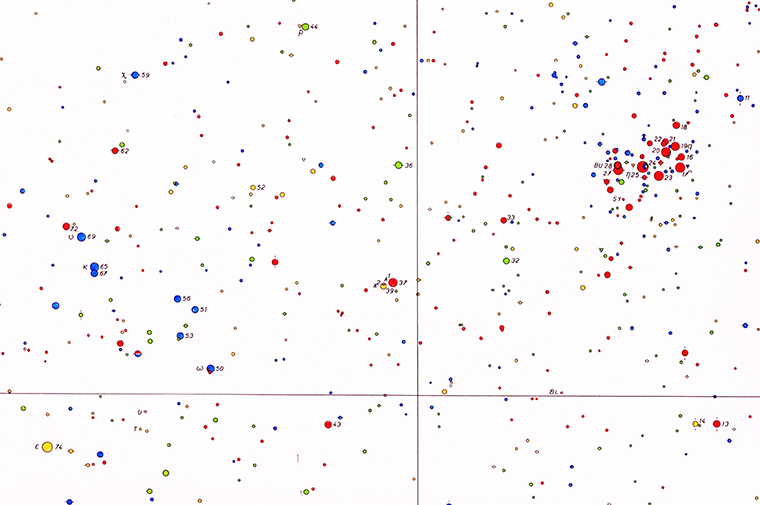 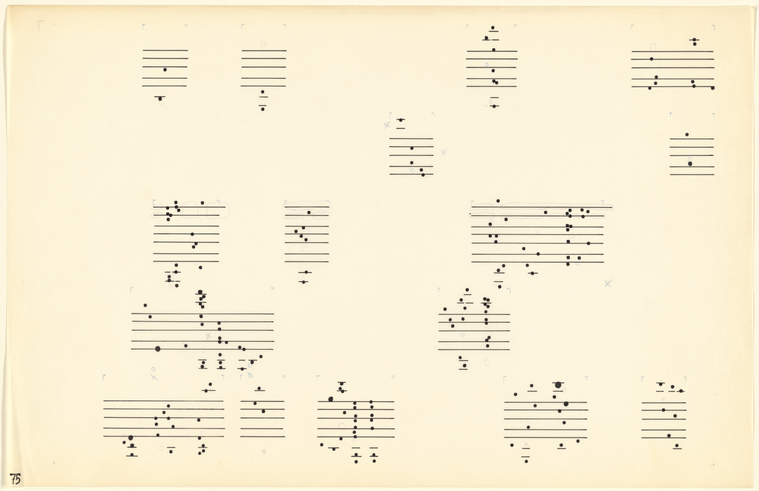 In any performance, this score may be played in whole or in part by any number of players, up to the full 86 specified.

The stellar data used for this song was taken from the HYG Database 3.0, which is a combination of the Hipparcos Catalog, the Yale Bright Star Catalog, and the Gliese Catalog of Nearby Stars. The star selection is limited to stars visible to the human eye in the region between -30 and +30° of declination, the region represented in the original Atlas Eclipticalis 1950.0.

The song composition is entirely algorithmic and produced from the following steps:

Here are some of the samples that I took to create this song:

The code for generating the 3D visual is found in this code repository. It contains the script for retrieving the data and the interface powered by Three.js, a javascript 3D library.

The code for generating the song can be found in this code repository using Python and ChucK, a programming language for real-time sound synthesis and music creation.